Down at Palisades Park

My dad and mom divorced when I was five years old. My mom and I moved to California and my dad stayed behind in New Jersey. Every summer starting when I was seven, my mom would put me on a plane to spend the summers with my bachelor dad at work.
My dad and his brother owned a small used auto dealership where he would fix up used cars to sell. My dad would put me to work washing windows, filling the tires with air or vacuuming the interiors. 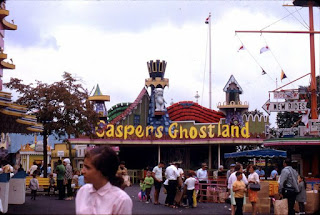 One in a while, I could talk my dad into taking me to Palisades Amusement Park, a little amusement park set on a tiny island off of Fort Lee. Visitors took a short ferry ride across the Hudson River to the old-fashioned, carnival style park with what seemed like millions of bright colored lights. 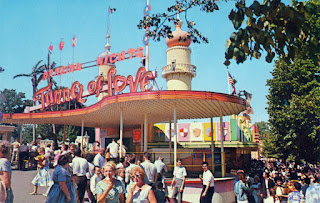 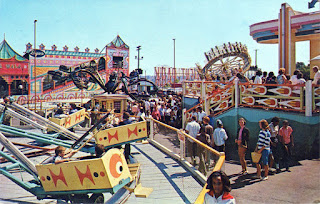 My dad would indulge my need to go on every ride such as the Scrambler, the Cyclone and the Hammerhead. He would buy me cotton candy, Italian ice, giant Pixie Stix or maybe a fresh baked pretzel. We always had such a good time there because my dad really loved the place! He particularly enjoyed playing the skill games. He was especially good at the baseball throw. One of my favorite memories of Palisades Park was my dad blabbing with the booth attendant, handing him a dollar for three baseballs then landing all three in the milk jug. Dad asked me which prize I wanted and I said the giant troll. I'd never seen a giant troll like that before. It had long straggly hair, amber eyes and wore a caveman costume. I named him “Iggy”. I've saved that giant troll for all these years and Iggy holds a prized spot on my troll shelf. 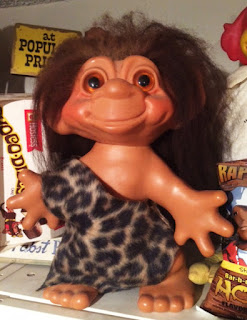 Posted by American Toycoon at 1:12 AM