Sometimes when I go to the gas station today and see the price of gas, I'm reminded of when I was a kid going to the gas station with my mom. We would usually go on Friday morning before school and always went to the same Texaco station down the street from our apartment in Echo Park. They had the least expensive priced gas plus they gave away donuts and coffee. They had full service too. The way that worked was you drove your car over a rubber cord that lay across the ground in front of the pumps, that rang the bell to alert the gas station attendant, who would come running out of the office to serve you. “Fill ‘er up? Regular or Premium?” asked the friendly attendant. Then he would wipe the windshield and check the oil. It was awesome! 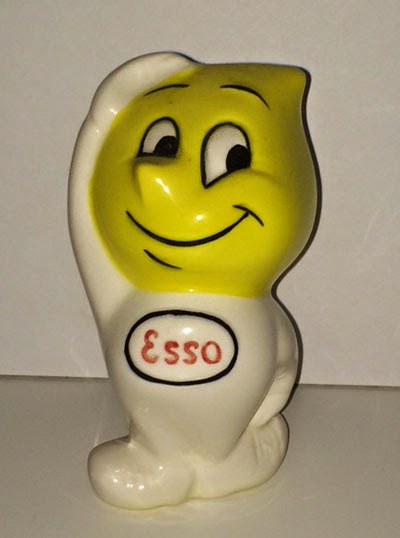 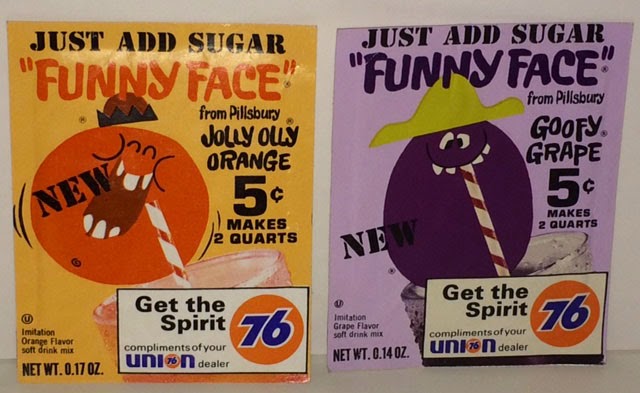 One of the greatest things about the gas station was all the wonderful premiums and giveaways they had. One summer, Union 76 gave away ‘Funny Face’ drink mix pouches compliments of the station. They also gave away a mini version of their famous 76 ball logo to put on your car antenna. Sinclair passed out Sinclair Dino piggy banks and inflatables for the kiddies. ESSO had a faux fur tiger tail representing their mascot, the Esso Tiger, to hang off the rear view mirror. Shell Oil gave away free Presidential Coins and a coin-collecting card. If you collected enough coins to fill up your card, you could score the grand prize. Chevron sold the ‘Chevron cars’ that were featured on their animated commercials in the 80’s. 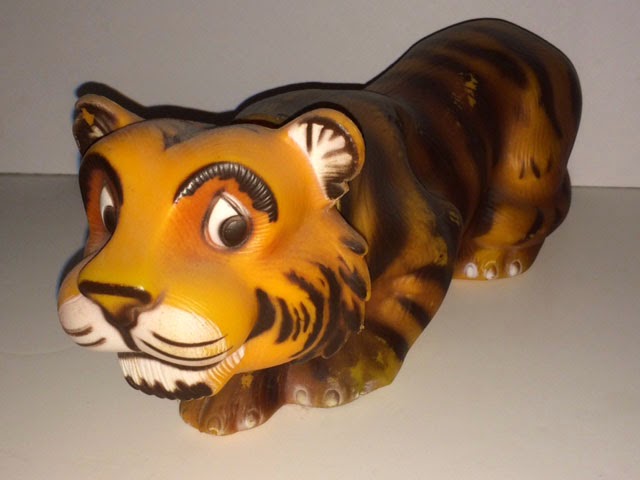 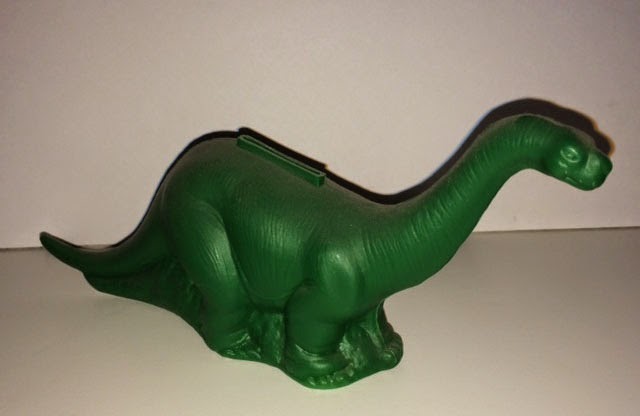 One summer, ARCO gas (which was the ‘new’ gas station at the time) had a promotion playing off their name, ARCO, featuring a pair of Noah’s Ark animals, ‘free’ (with a three gallon minimum purchase). There were 12 pairs of animals to collect and once you collected all of the animals, you could buy Noah’s Ark play set, which included a figure of Noah and his wife. I wanted the entire set so badly. 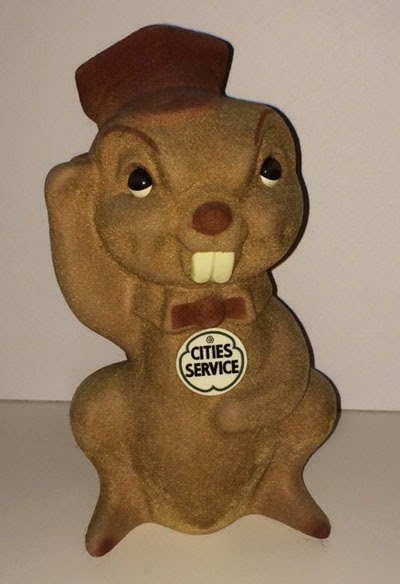 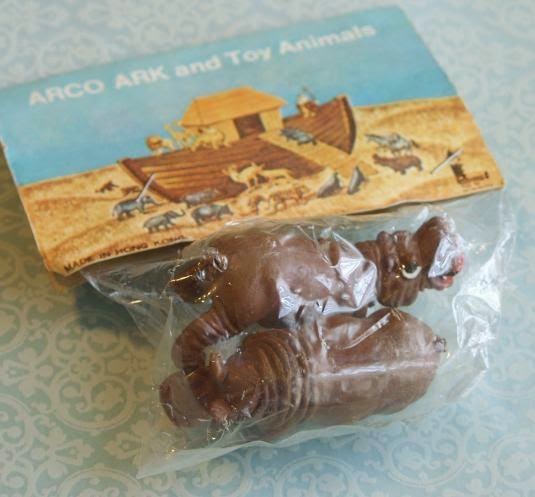 Week by week and pair by pair, my mom indulged my latest desire to collect the entire set of ark animals mainly because the gas at Arco was inexpensive. About a month later, there was a commercial announcing that you could finally buy Noah’s Ark. Friday morning, my mom and I drove into the station when mom suddenly announced that we weren’t buying gas today after all. She said, “Mira para alla! They raised the price of gas from .25 to .27 per gallon! Bandidos!” She drove to school then dropped me off. I was bummed all day at the thought that I wouldn’t have the beloved Noah’s Ark to play with that weekend. 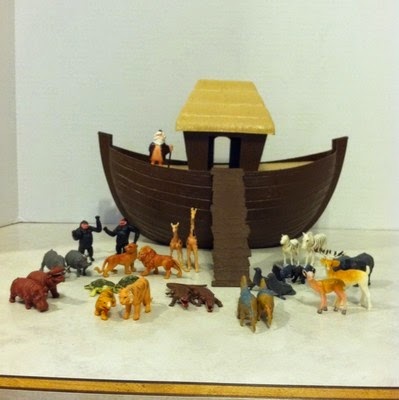 Saturday morning, I woke up early and went into the kitchen. On the table was a note from my mom to say that she had left to run some errands that morning and for me to fix myself breakfast.  I poured a bowl of Cap’n Crunch Crunch Berries with milk and flopped down on the sofa to watch, Scooby-Doo, Where are you?, The Brady Kids, Josie and the Pussycats. I heard my mom’s car pull up in the driveway around noon and she honked the horn. I ran outside to help her bring in the groceries. Mom said there was one more paper bag in the trunk and to bring it in. She handed me the bag and when I looked inside, there was Noah’s Ark! Apparently, she found a gas station that had last week's gas prices and she bought the ark for me that morning. Love ya, mom!
Posted by American Toycoon at 7:44 PM No comments:

For the longest time, I had a hectic work commute driving from my home in Mount Washington to El Segundo every day. Anyone who lives in Los Angeles will agree that our freeways are a brain numbing experience particularly, the 110 Freeway. The freeway is surrounded by numerous sports venues, businesses and schools so it’s usually busy at all times of the day and night. 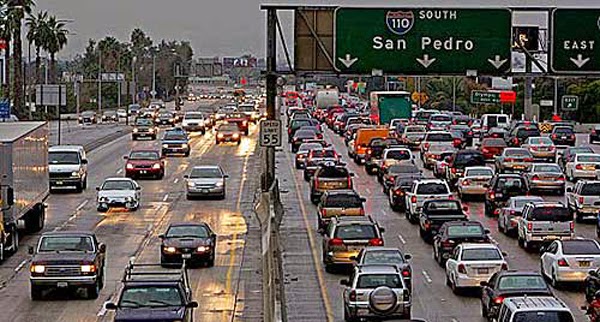 One Friday afternoon, when I was driving home on the 110 and by driving I mean plodding along at five miles an hour, stepping on the brake constantly and changing lanes hoping to move a little faster. Ironically I was in the ‘fast’ lane.

We were moving along at a snail’s pace when the driver in the car behind me started to tailgate my bumper. The driver continued to tailgate and stop short of my car’s bumper every few car lengths. I thought, “What a nitwit” and continued to navigate the stop and go traffic. When you’re driving that slow on 110 Fwy, you really start to notice the amount of debris along the inside next to the center divider; hubcaps, busted car parts, Spiderman diapers, bits of smashed wooden furniture, shredded tires, a broken coffee mug.

Up ahead in my lane, I could see a greenish blue object laying on the ground over the double yellow line. As we got closer, I could see it was a plastic toy. I recognized it as one of the two-headed dragon from Imperial Toys circa 1983. Insane! My car rolled to a stop right next to the thing so I pulled on the parking brake, popped open the door, leaned over and scooped it up! Well, this was too much for the driver of the car behind me because he swerved out from behind me into the right lane, drove around and cut in front of me. The traffic ahead in our lane had moved several car lengths forward. 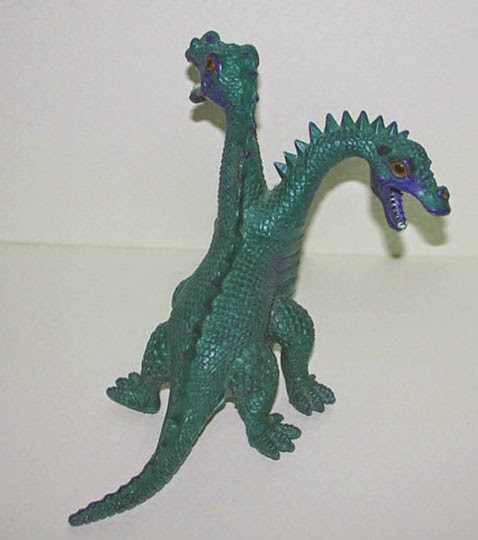 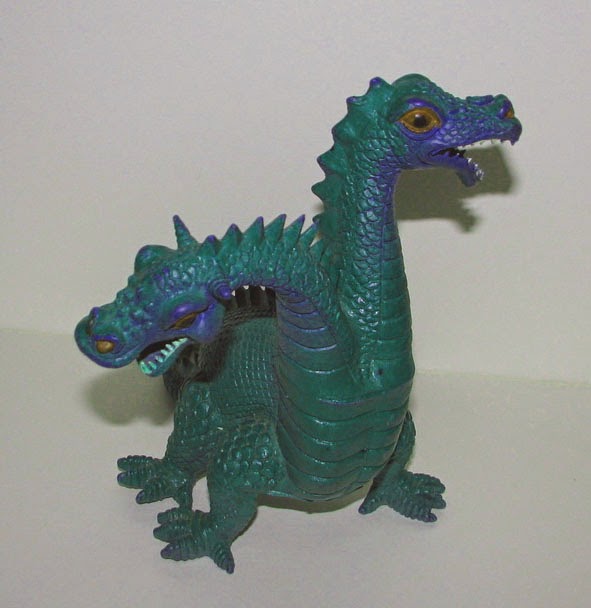