In 1972, my mom read an ad in the newspaper looking for kids to be in movies, television, photos etc. I was a precocious ten years old so she took me to a talent agent located in the Sunset/Vine Tower in Hollywood. After discovering that I liked cartoons and loved to draw, the talent agent said, “You should know that the guy who draws Bugs Bunny is in this very building. You should go up and meet him.”

Mom and I went up to the twelfth floor and found the offices of Chuck Jones Productions.  We knocked on the door and went inside but because it was after 4:30 there was no secretary at the desk.  The office was a plain looking one with enormous windows and an incredible view of Hollywood. There were framed pictures of the Loony Tunes characters on the wood paneled walls, a pair of blue rectangular couches in the corner and one of those freaky wire sculptures on the wall beside us.  After a few minutes, a tall gentleman with a little beard, wearing a scarf and glasses came out of the back room. He said, “Hi there. We're closed.”
My mom explained that we had seen the agent downstairs; that I was a fan of the Bugs Bunny Show and how I just had to meet the man who drew Bugs Bunny.  He smiled and held out his hand, “Oh. In that case, I'm Chuck Jones. C'mon, I'll show you around.” 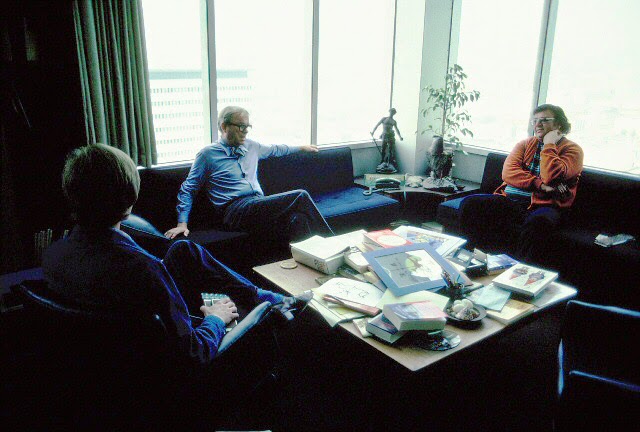 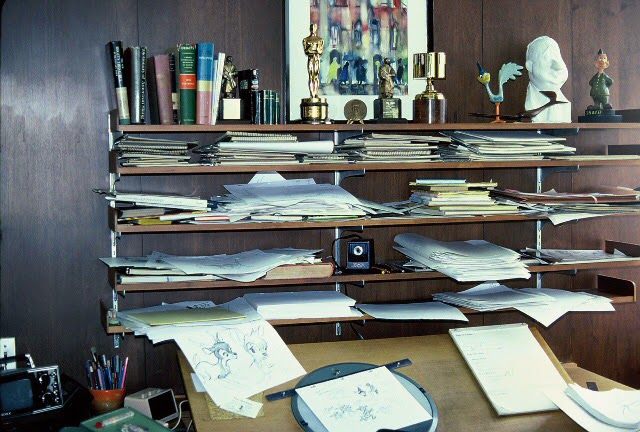 Mr. Jones led me into the room that he had come from where there were 4 large drawing tables and tons drawings pinned to the corkboard wall. There were stacks of books on the shelves, piles of animation paper, gray sculptures of various characters, a full ashtray and jars with pens and pencils. He pointed out the various drawings on the wall explaining that they were called ‘storyboards’, ‘backgrounds’ and ‘layout drawings’. Then, he told me that they were currently working on a feature called, “A Cricket in Times Square”. He asked me if I’d ever heard of the story. I said ‘no’ but that I knew Time Square was in New York. I noticed a picture of the Grinch on the wall and proudly told Mr. Jones that I'd seen that show on TV. We went into a smaller room that contained the animation camera. He showed me how the lights worked and how the camera could be automatically adjusted to zoom in and out. After touring me around the office, he said, “Well, what do you think?” I turned to him and asked, “Where are the machines that do the animation?” He laughed and laughed then held up his hands. “These are the machines that do the animation!” 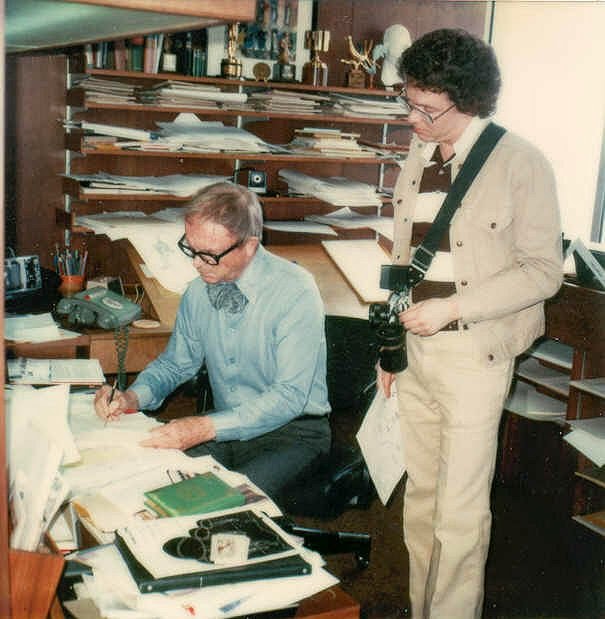 Chuck asked me who my favorite character was and I said, Pepe Le Pew. He sat down, picked up a black pencil and quickly sketched out a full standing figure of PePe Le Pew holding a rose. He inscribed it, “To Oscar, Mon Ami from Pepe Le Pew + Chuck Jones, 1972”. He handed me a baggie containing a plastic Dakin figurine of Bugs Bunny, thanked my mother and I for visiting then showed us out.  One of my favorite and most cherished childhood experiences! 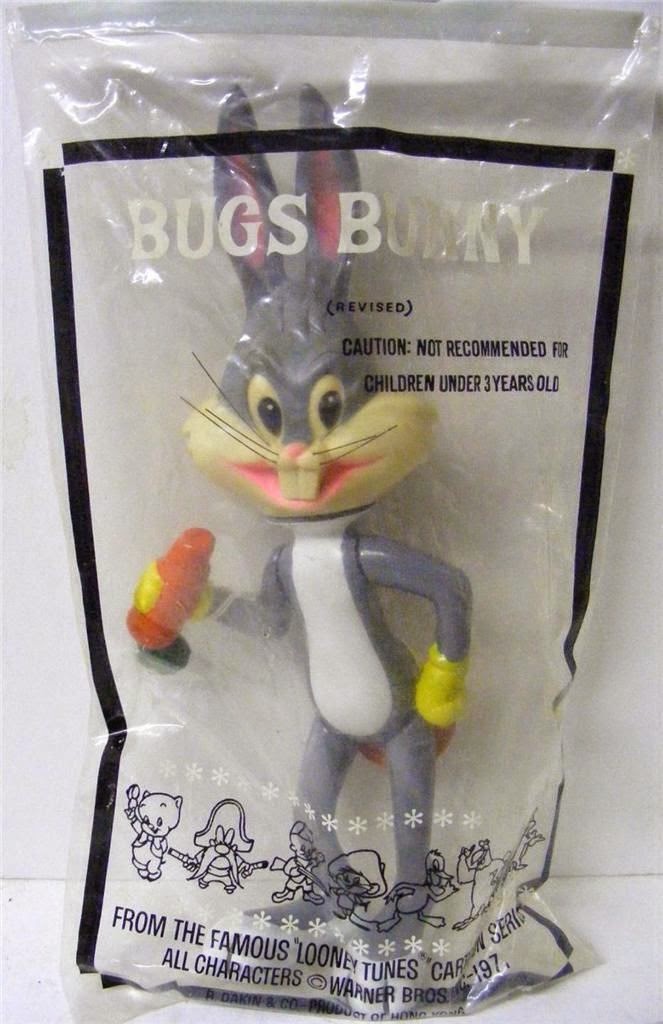 Photos of the Chuck Jones Studio courtesy of Alan Light

Posted by American Toycoon at 5:56 PM

Wow! What a great story! I love Pepe Le Pew too! I also love Marc Antony and Pussyfoot. Do you know that one?

I absolutely do know Marc Anthony & Pussyfoot! There's only two cartoons that feature them, if I remember correctly. So cute!