Christmas in the Valley of the Dolls

Before we get too far along into 2015, I want to post a few photos of my vintage Barbie dolls dressed in their winter fashions and the party in the Christmas display. 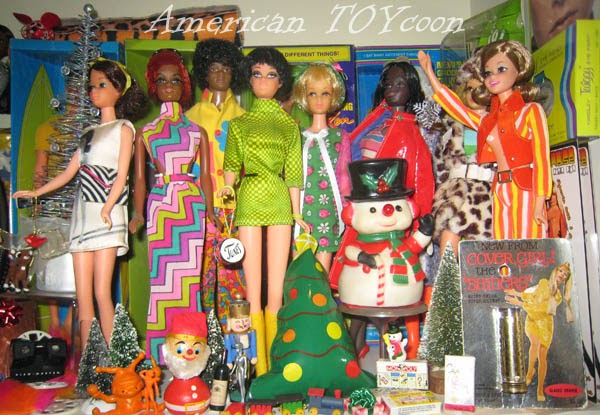 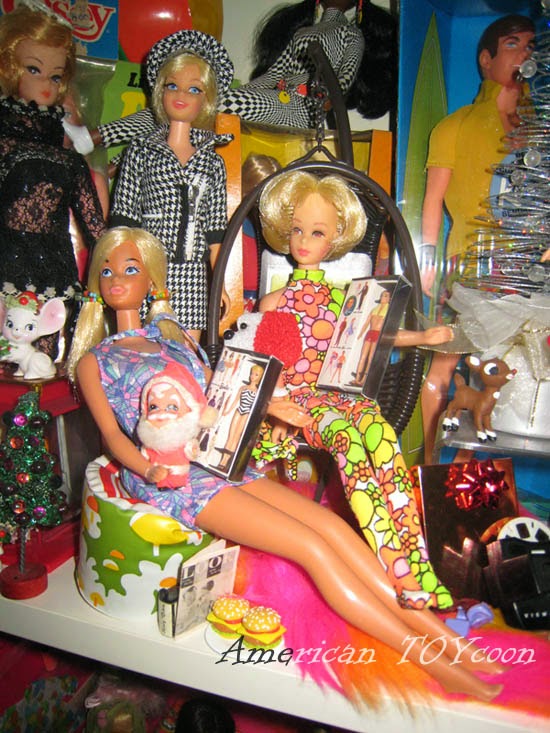 I've been collecting Barbie seriously as an adult since 1982 when my dear (and now departed) friend, Kurt Krause, took me to my first vintage doll collector show in September of that year. I had never been  'into' Barbie or any dolls really until I saw the vintage Mattel’s "Twiggy" doll in someone's booth. I flipped out because I distinctly remembered the MOD doll from my childhood and I just had to have one. I didn't have any dolls as a kid although my mom for Christmas bought me, the Ken Gift Set featuring handsome Malibu Ken dressed in his groovy flower print windbreaker, swim trunks, swim fins, face mask and boogie board. He was awesome and I considered him more of an 'action figure' and not a doll! 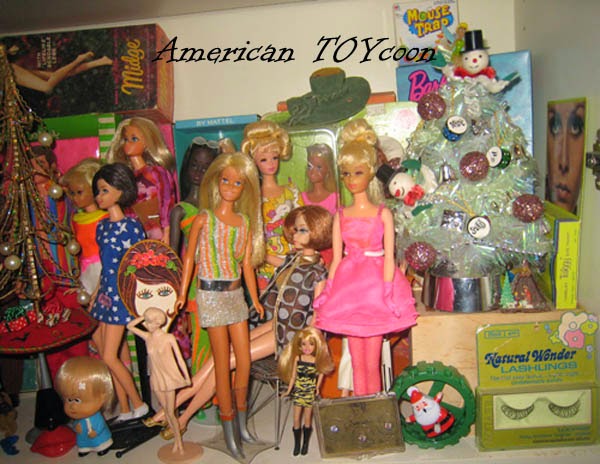 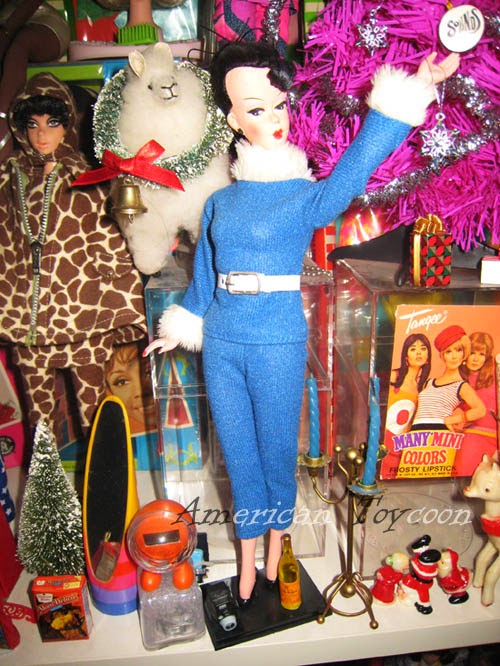 Anyway, the Twiggy doll was about $100 and I didn't have the money for her so sadly, I walked away without the Twig. Kurt bought a few “bubble cut” Barbie dolls, a couple of pairs of spiked high heels and a red one-piece bathing suit for Barbie. I learned a lot about the collector’s mind and the world of collecting in general and I was hooked! I started to go to dolls shows with Kurt, which was in those days, every weekend. 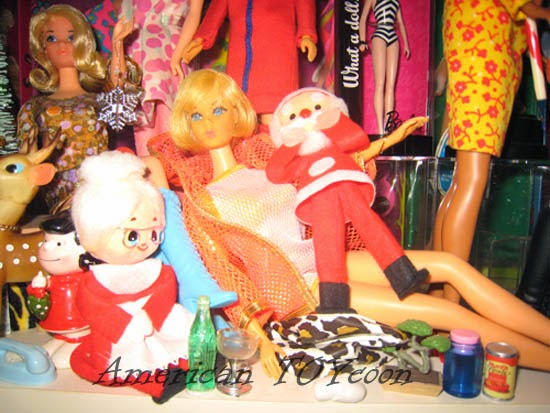 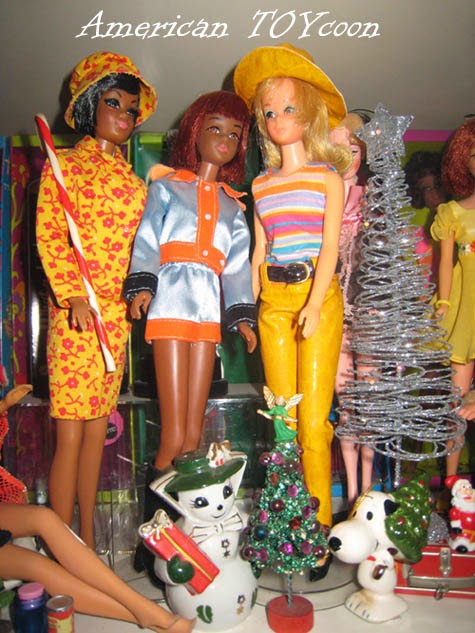 A few months passed until it was December then suddenly, it was Christmas. Kurt loved Christmas so he would make sugar cookies, decorate his apartment with little model houses, hang his Granny’s vintage decorations on the silver Mylar tree and play Christmas songs on the piano.  Kurt called me and asked me to come over to see his Christmas display. He lived up the hill from my apartment so I told him I'd be over in a few minutes. Of course his apartment was all decked out with boughs of holly, candles in the window, fake snowflakes in the corners, etc. and under the Christmas tree was a single present. Kurt ran over, grabbed the present and handed it to me. “Open it, open it!” he squealed.  I tore off the wrapping paper and slid open the box. There inside was the Twiggy doll! My first Barbie doll. Merry Christmas Kurt, I miss you. 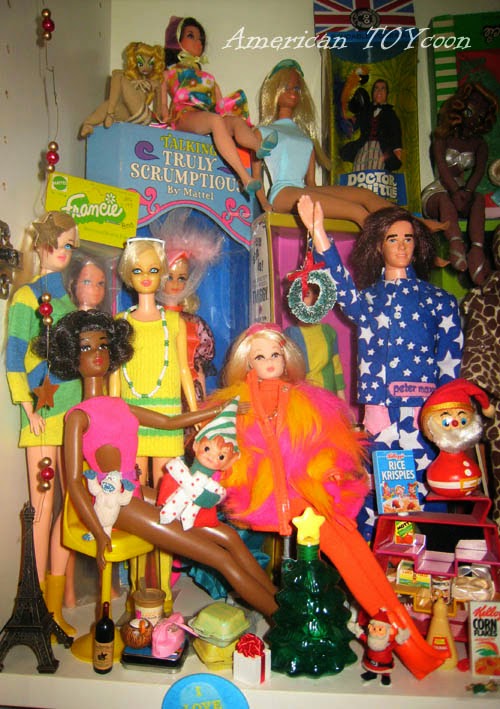 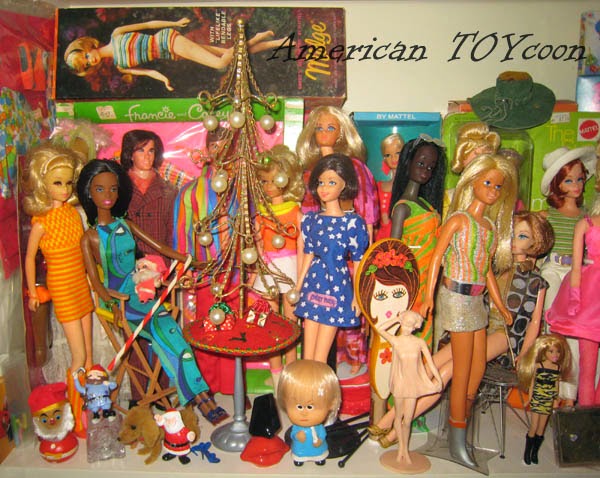 Posted by American Toycoon at 4:42 PM